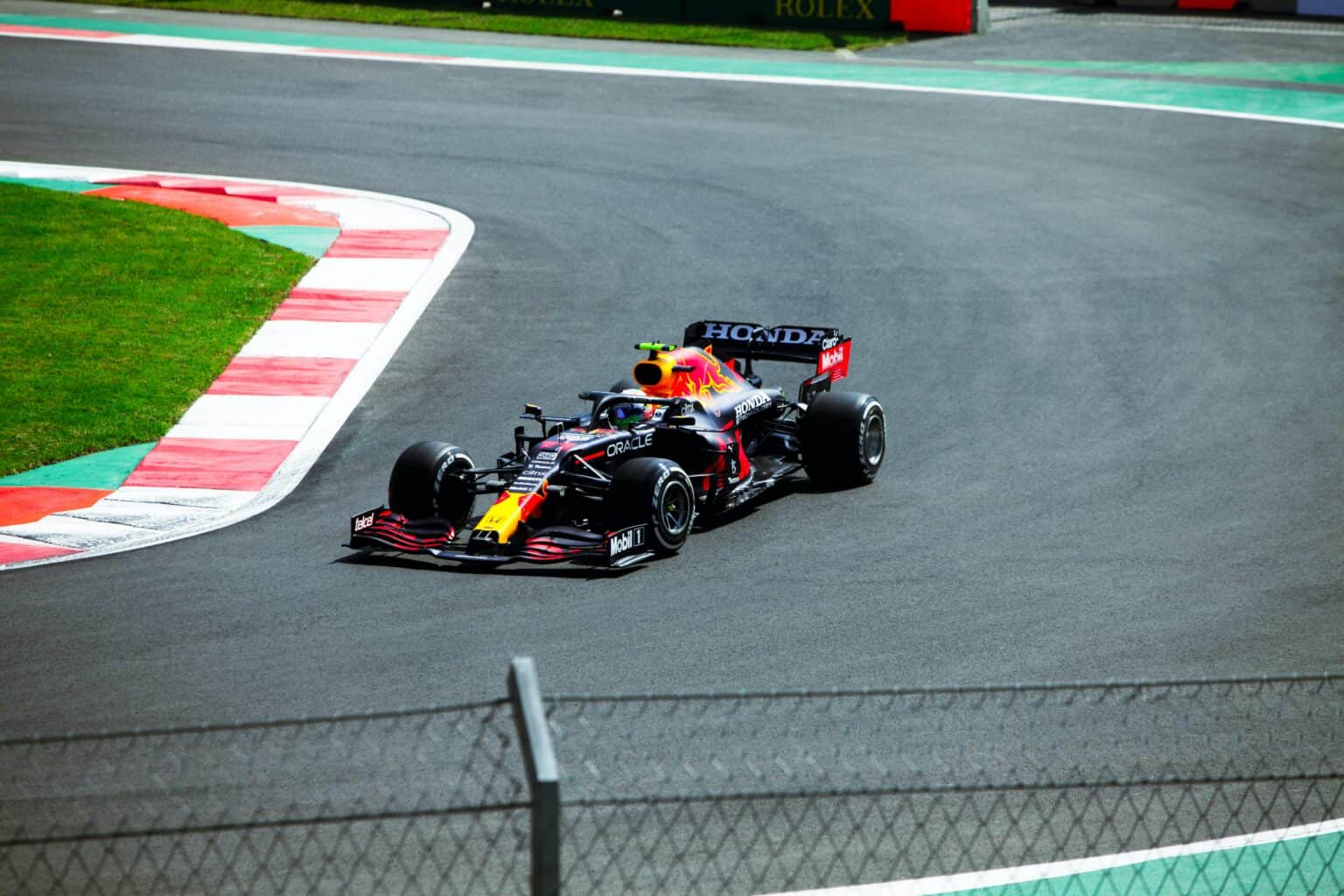 Formed in 2005, the Red Bull Racing team has been managed by Christian Horner from the beginning.

Sebastian’s third consecutive World Championship didn’t come as easy as his 2010 win. Although Red Bull had two wins by their two respective drivers in the first half of the season. It wasn’t until the second half of the 2011 season that Red Bull began to dominate the track in the RB8, leading them to win the Constructors Championship for the third year in a row.

2012 saw Sebastian win his fourth consecutive World Championship. The 2012 season saw Vettel win nine consecutive races in the second half of the season securing the World Championship title and Constructors Championship once again. The 2013 season saw the end of the Red Bulls winning streak. After Mark Webber announced his retirement, Australian driver Daniel Ricciardo was hired as his replacement. Although Red Bull didn’t win the title, they did finish a respectable second in the Constructors’ and Ricciardo got his first three Formula One victories in the RB10.

At the end of 2014, Vettel was replaced by Daniil Hvyat for the 2015 season.The 2015 season wasn’t how Red Bull had hoped with Ricciardo and Hvyat’s performance. The drivers failed to win any races that season and only managed to place on the podium twice. The season ended with the team dropping to fourth place in the standings. Red Bull now found itself at its lowest placing since 2008.

2016 saw Red Bull improve on their previous season. Red Bull went back to second in the Constructors and Ricciardo placed third in the Driver’s Championship. 2016 also saw the debut of Max Verstappen in Red Bull Racing after he replaced Kvyat during the season. Max Verstappen won his first race at the Spanish Grand Prix, making him the youngest driver to ever win an F1 race.

For the next two seasons, Red Bull would finish third in the Constructors with their drivers Ricciardo and Verstappen. There were struggles with the RB13 and RB14 in both seasons but the drivers managed to take some victories and place in podiums throughout the season. Notable races were Ricciardo’s win in Monaco in 2018 and Vertsappens win in the Austrian Grand Prix.

In 2019, Red Bull announced that they would end their partnership with Renault and would move to Honda instead as they were unhappy with the engines. That Summer, Ricciardo also announced that he would be leaving Red Bull and moving to Renault. Pierre Gasly was chosen as Ricciardo’s replacement. Alexander Albon  replaced Pierre Gasly half way through the season due to Gasly’s struggles with the Red Bull car. Alex won Rookie of the year that season.

2019 also saw Red Bull break the record for the fastest pit stop in F1 at the 2019 Brazilian Grand Prix. Max Verstappen pitted during the race for an incredible 1.82 seconds, a record that still holds today.

The 2020 season was delayed due to the COVID-19 pandemic. The season was shortened to 17 races which began in July. Verstappen performed very well, placing top three in 12 out of the 17 races. After a strange season in 2020, drivers were all set for the 2021 season. There was one new addition made to the Red Bull team, Sergio Pérez replacing Alex Albon, who became Red Bulls Test and Reserve driver.

2021 was an incredible season for Red Bull for both Max Verstappen and Sergio Pérez driving the RB16B. The final race in the Abu Dhabi Grand Prix was done in dramatic fashion and was very controversial with Verstappen racing Hamilton in the last lap to grab the Driver’s Championship. This was Red Bulls first win since Vettel in 2013. They also came second in the Constructors Championship.

In 2022, Red Bull introduced the RB18. Due to new regulations the RB18 was quite different to previous Red Bull cars. The RB18 has had a tremendous season so far with Red Bull winning 11 out of the first 15 races of the season. With 7 races left, Red Bull are at the top in drivers standing and team standings with Red Bull having 511 points, over a 130 points ahead of the second highest team Ferrari who have 376 points.

Red Bull bought the Jaguar Racing Formula One team in 2004 and renamed the team Red Bull Racing. When Red Bull took over from Jaguar they decided to keep the engines that their predecessor had used before them. The engines used were Cosworth engines. Although Red Bull Racing had a very successful year, gaining more points in the 2005 season then Jaguar Racing did during their last two seasons, Red Bull decided to change their engines for the 2005 season. For the 2006 season, the Red Bull Formula One team decided to go with an engine manufactured by Ferrari, however this partnership only lasted one season and was renewed for the 2007 F1 season.

From 2015 on, Red Bull began to become unhappy and unsatisfied with the Renault engines performance and the relationship between the two teams started to become sour. Although the team performed better in 2016, 2017 and 2018 seasons were not as Red Bull had hoped with many DNF’s due to issues with Renaults engines. The 2018 season was the last straw for Red Bull and they decided to pull their partnership with Renault engines for the following season.

In 2019, Red Bull decided to partner with Honda engines. The Honda engines seemed to perform well at the beginning of the 2019 season with Red Bull winning a few races, however, the Honda engines were still no match for Mercedes who still held the Drivers World Championship and Constructors Championship title for the next two seasons. At the end of 2020, Honda announced that they would be withdrawing from Formula One for the 2021 season.

The Talking Bull podcast gives listeners exclusive access to the Red Bull Formula 1 team with interviews from the team’s drivers.

Behind the Charge is Oracle Red Bull Racing’s behind the scenes series on Youtube that shows never before seen footage from all aspect of the Team.

Throughout the years, Red Bull Formula One team has had many achievements and with how the 2022 season is going it seems that they will have even more to add to this list.

Red Bull Racing got their first ever victory in Formula 1 and first every pole position. Sebastian Vettel won his first ever race at the Chinese Grand Prix that year and secured Red Bull’s first win. The team did incredible well winning their first ever 1-2 also.

In 2016 Max Verstappen made his debut for the Oracle Red Bull Racing team. Racing his first ever race for Oracle Red Bull at the Circuit de Barcelona-Catalunya in the Spanish Grand Prix, Verstappen claimed victory against Ferrari driver’s, Räikkönen and Vettel. This win named Max Verstappen the youngest ever Grand Prix winner at the age of 18. He also became the first Dutch driver to win a Grand Prix. Max Verstappen also holds the title for the youngest ever F1 driver as he started racing with Toro Rosso when he was only 17 years old. This is a title he will hold forever as drivers must now be at least 18 years to obtain a Super licence.

Max Verstappen got Red Bull Racing’s long awaited fifth Driver’s Championship Title at the Abu Dhabi Grand Prix. The pressure was on going into the final race of the 2021 season as both Max Verstappen and Mercedes driver, Lewis Hamilton were on equal points at 369.5, this meant the winner of race would be crowned the Drivers Champion. Hamilton led most of the race, however the fate of the race was determined by a controversial safety car restart which left Hamiltona and Verstappen race against each other in the final lap of the race. Verstappen over took Hamilton in dramatic fashion and crossed the finishing line in first place.

Although there was a lot of controversy over how the race was handled, Verstappen’s title was not taken away from him. In the Constructors Championship, Red Bull failed to beat Mercedes, who won their record breaking eight Constructors title. The emotion and nail-biting tension in the garage and the sheer delight in the video below just shows how much a winning the world drivers championship title means to teams.

Max Verstappen became two time world champion in 2022 when he won the Japanese Grand Prix with four more races to go in the F1 season. Not only did Red Bull Racing get Drivers Championship but the impressive driving from Verstappen and Perez all season long secured Red Bulls fifth Constructors Championship. They beat Ferraris by over 200 points to become Constructor Champions of 2023, nearly 10 years since they last won the prestigious title.

Max dominated the 2022 season with a total of 15 Grand Prix wins. Sergio Perez also has a very successful year with two Grand Prix wins under his belt. That means Red Bull Racing won 17 out of 22 races in 2022 with Charles Leclerc, Carlos Sainz and George Russell winning 3, 1 and 1 respectively. What a F1 season it was for Red Bull Racing in 2022, what will 2023 bring! 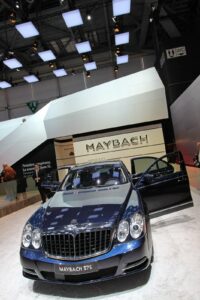